Having grown up with snow, the small snow flurries that we have experienced since moving to NC have not been much to talk about.  But we woke up a couple weeks ago with inches of snow on the ground!!!  When we asked Emma if she was ready to go out in the snow she very enthusiastically said "yep" and then went to the door to go out in the following outfit: 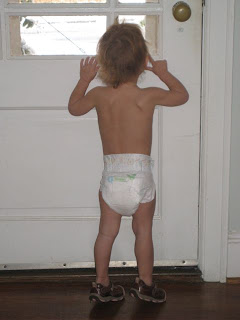 Of course, being good parents we did not let her venture out in just her shoes so she ended up in this.....She liked the snow at first but once she got cold she just wanted to go home.  She has learned to say she is cold by shivering and saying "DIIIIIII"  which is Emma's version of "Brrrrr" 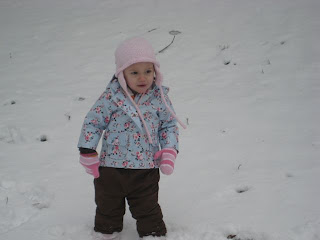 We walked down to the Phipps' house and picked up Kai in the wagon and took off for the park.   We came across this tree that had fallen with the weight of the ice. 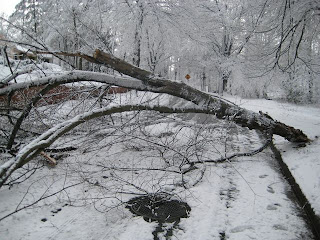 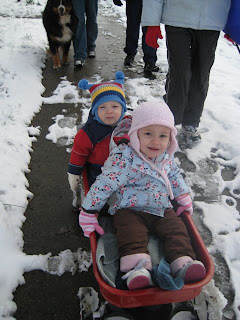 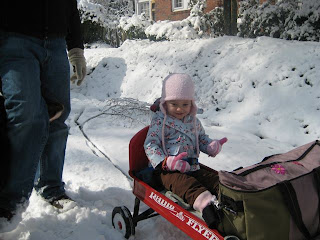 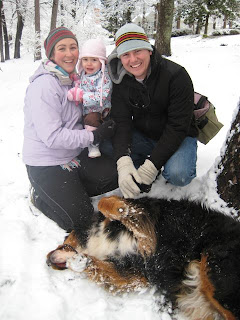 No one had a sled so we used a boogie board.  It worked pretty well and we at least got to have some fun in the snow... 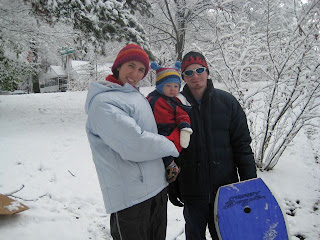 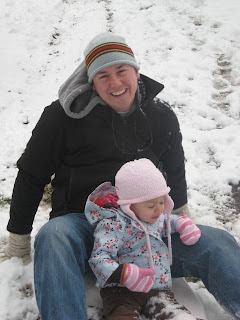 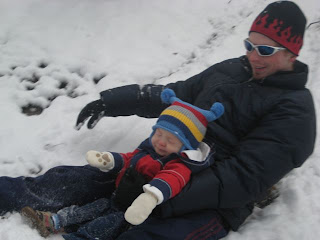 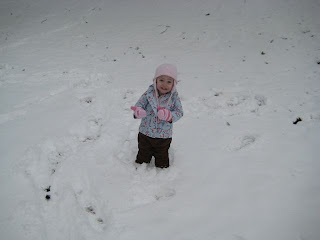 The snow melted in a couple of days and then exactly one week from this day it was....
80 degrees
We will never get used to the crazy NC weather.
Posted by John and Sarah Pell at 4:12 PM

Yes, I love the diaper and shoes! When it snowed in Bellingham, we couldn't find a sled in any of the stores because they were all sold out so we used a boogie board too. I love double functioning toys!

I can't beleive the change in weather so quickly. We had snow today but none that stuck. We are anxious for Spring. Love to all Meemaw

Oh come on. It's just like being back in the ol'Natch.

You guys are all wonderful. Can't wait to see you again soon.