As of June 15th, Emma is officially binky free. When Emma was born, we said we wanted to try and stay away from her using a binky. Within a week, we gave in and she was fully attached. Emma has not gone to sleep without a binky since that first week. We said we were going to break the habit when she turned one, then 18 months.....but the binky made sleep time so much easier. You popped that thing in her mouth and her eyes drooped and she cuddled in for sleep. She never used it during her awake times but for sleeping, she was fully dependent. I tell you all this to say so when I say getting rid of the binky was EASY you will understand my suprise!! A friend of mine suggested that we use the binky fairy. When Emma woke up, we made an envelope to send her binky to the binky fairy. Emma helped me color it and then put her binky inside. I explained to her that binky's were for babies. She doesn't like anything that is for babies because she is a "big girl". I told her if she put her binky in the mail, we got back to the house for nap time, the binky fairy will have left her something new to sleep with (a stuffed kitty or YOW as Emma calls it). 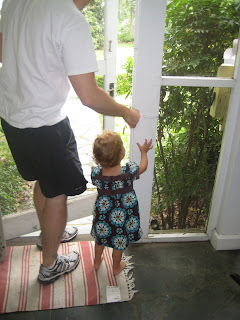 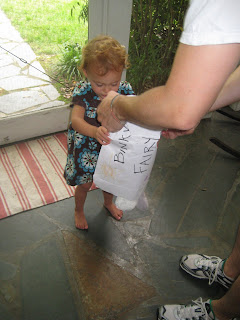 Emma only asked for her binky during this first nap and cried for about 20 minutes before she fell asleep with her Yow. 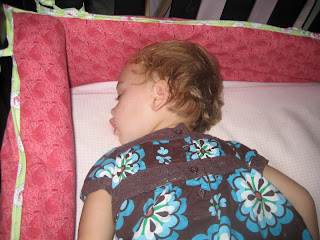 Emma now sleeps with her Yow (the stuffed kitty), her baby (the ugliest baby she has), and her baby juice (a water bottle that goes wherever the baby goes) but she is binky free. Whitley, Emma will thank you for her lack of buck teeth when she gets older!!!
Posted by John and Sarah Pell at 8:31 AM