Trip to the Pediatrician

Johnny had his first pediatrician visit a couple weeks after coming home. He passed all of his tests with flying colors and was described by the doctor as being very healthy with no apparent problems. He cooed and played with the doctor during the whole visit at least until he looked in his ears but what kid likes that? He weighs almost 18 pounds and is in the 75% range for length and 50% for length when compared to other American children. He was obviously very well cared for at the orphanage. He had to have five vials of blood drawn and had some pretty difficult days after this traumatic experience. This is over now and we shouldn't have to do it again. Phew!! 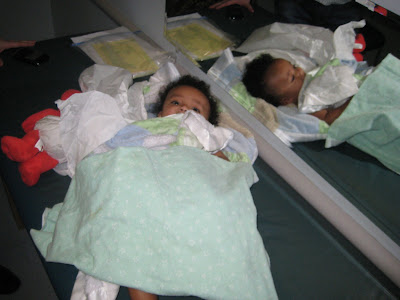 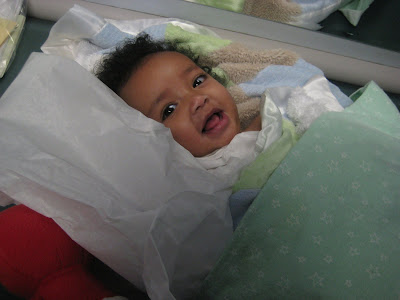 Posted by John and Sarah Pell at 7:06 PM

Awww...drawing blood on a baby is torture. For mama and baby.

Someone deleted a variety of links from quickfiles and netload servers.

You can choose from several great [url=http://kfc.ms]short url[/url] address like:

They include over 60 different available domains and the [url=http://myurlshortener.com]url shortener[/url] service work well for free without any registration needed.

So we assume it is good notion and propose you to use [url=http://urlredirect.info]url redirect[/url] service too!

Whew, that is great news and probably a load off your mind! It feels like nothing short of amazing that our kids can be so healthy. I have new respect for HH each day I visit a doctor, read about attachment, read about health issues in ET, etc. So glad Johnny is healthy!

that doesn't sound like a good time at all. Drawing blood from babies is on my top list of things I truly hate. I'm glad that he's healthy though. And over the top adorable.