Christmas at the Carolina

Emma was terrified of Santa Clause this year. I tried to get her to sit on Santa's lap and she kept saying "tomowow mommy, on the weekend" ... "he sarry, glasses on". I think she was trying to find excuses as she knew she shouldn't be scared but let's be honest....he is a big fat man with lots of hair and candy.....all other times of the year we tell our little one's to run away from men like this. 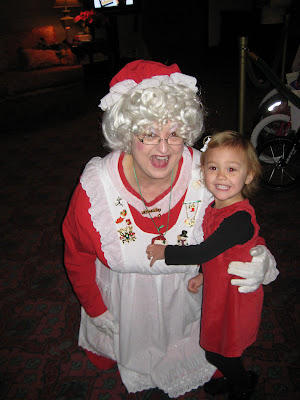 For some reason Mrs. Clause was not scary to Emma so this is her Santa picture for 2009. 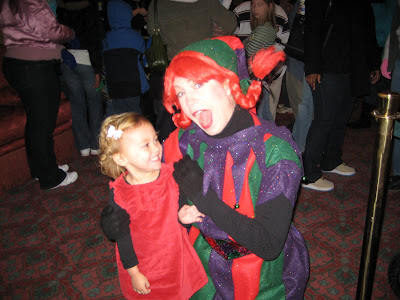 The Carolina Theater downtown had a great program on a Saturday morning where they showed the Muppets Christmas and had Santa, an Elf and Mrs. Clause show up to entertain the kids. We had so much fun!!! 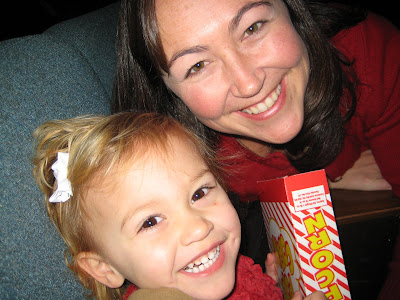 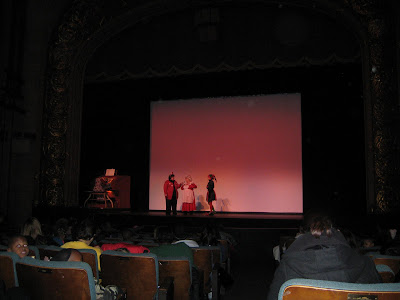 Posted by John and Sarah Pell at 6:21 PM

Looks like you had fun, Wish we could have been there with you. Love you all Meemaw.

Jack didn't want to see Santa either. Maybe it's the age. We just couldn't bring ourselves to do the screaming-kid-on-Santa's-lap picture.